Delhi is one of the oldest cities in the world and is also one of the most multilayered. It has been the centre of a succession of ancient sultanates, powerful dynasties and mighty empires, and numerous ruins scattered throughout the territory offer a constant reminder of the area’s history. The city has been a witness to political turmoil for over five centuries and has been built, destroyed and rebuilt about a dozen times. In mythology, this is where ancient Indraprastha stood over five thousand years ago and remnants of a tenth century habitation can still be seen. After Indraprastha, several more cities developed adjacent to it including Lal Kot, Siri, Dinpanah, Quila Rai Pithora, Ferozabad, Jahanpanah, Tughlakabad and Shahjahanabad.

In 1192 the legions of the Afghan warrior Muhammad of Ghori captured the Rajput town, and the Delhi Sultanate was established in 1206. The invasion of Delhi by Timur in 1398 put an end to the Sultanate. The Lodis, last of the Delhi Sultans, gave way to Emperor Babur, who founded the Mughal Empire in 1526 – followed by famous Mughal Emperors like Humayun, Akbar and Shah Jahan to name but a few. The early Mughal Emperors favoured Agra as their capital, and Delhi became their permanent seat only after Shah Jahan built (1638) the walls of Old Delhi – the capital was actually named Shahjahanabad comprising a large area along the banks of the river Yamuna. The gates of the old walled city still stand and this densely populated area, has narrow lanes packed with silversmiths, food stalls and clothiers. The area boasts the magnificent Delhi Red Fort and the huge mosque, the Jama Masjid where the courtyard can hold 25,000 people.

In the early 19th century, the city came under British rule. The British lived north of the old city and several structures like St. James’ Church date back to those early years. In 1911, King George V announced that the capital would shift from Calcutta (now renamed Kolkata) to New Delhi. By 1931, the new capital and the creation of Edwin Lutyens, Herbert Baker and a team of another half a dozen brilliant men was complete and was formally inaugurated. This grand imperial capital situated just southwest of the old Mughal capital of Shahjahanabad, retains much of its stunning architectural character, beautiful floral roundabouts and wide, tree lined avenues. After India’s Independence in 1947, New Delhi was officially declared as the Capital of India. 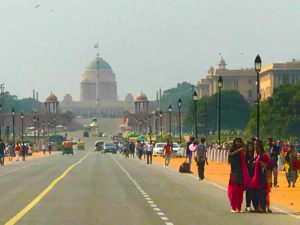 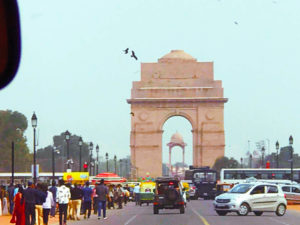 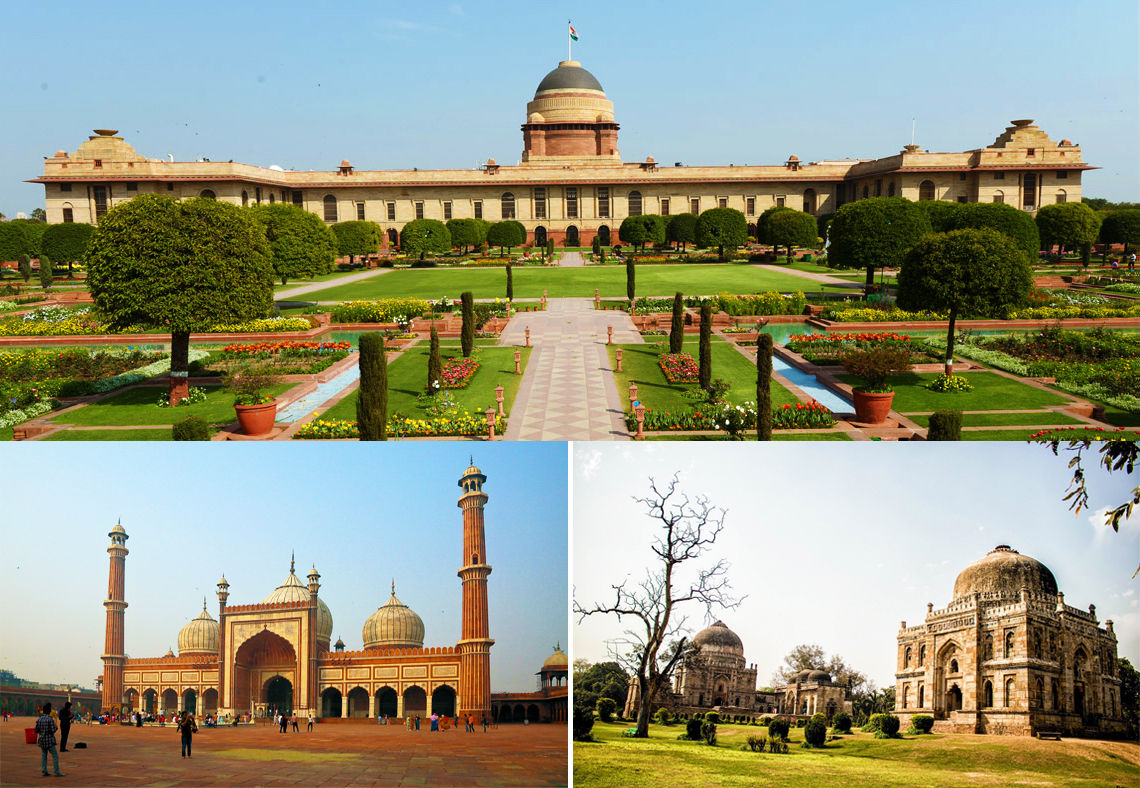 The city today comprises two components: Old Delhi, in the north, the historic city, and New Delhi, in the south. Today, Delhi is home to around twelve million people and its heterogeneous population has genetic strands that span the Indian Sub-continent, Asia Minor and several other parts of the world. Towers of chrome and steel stand side by with centuries-old tombs and the latest automobile may well share the tarmac with a plodding bullock cart. Packed with shopping and modernity, beautiful hotels, history and stunning monuments that showcase the dynasties and past empires, things to see and do and excellent places to eat (the variety of cuisines on offer speaks worlds for this metropolis), it is also a city racing towards the future and yet, remains the very heart of India.

As may be expected from a mega-polis that has been continuously inhabited from the sixth century, stories of its origin, its name and its settling abound. Take a step away from where you stand, and an earlier and parallel tradition also emerges – a fifteen hundred year old enigma of a pillar that does not rust or a centuries old step-well that lies under the gaze of international corporate offices. As someone once tweeted: “They Said Time Travel Is Impossible, But Then I Visited Delhi”. 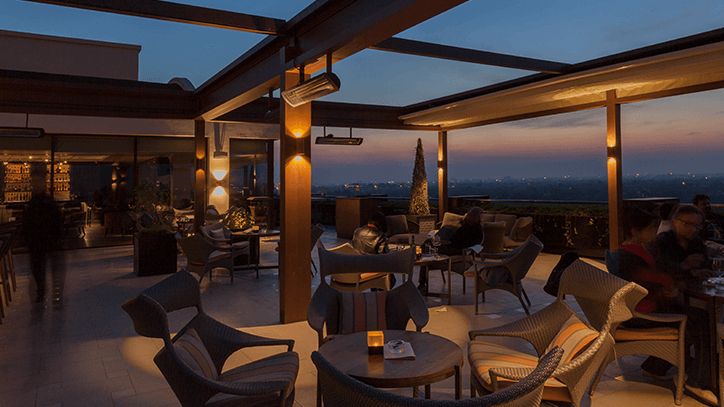 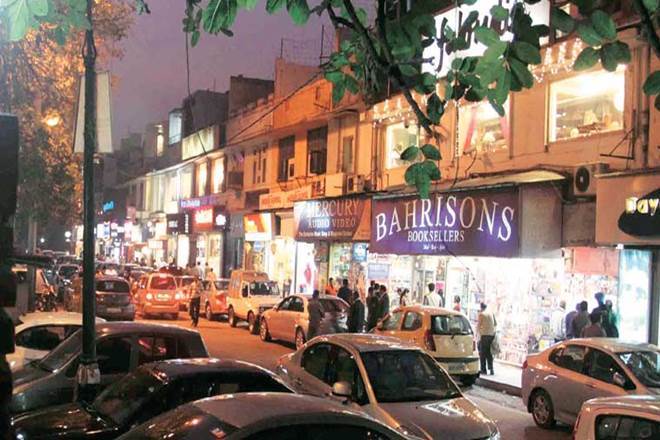