Placed between the Tropic of Cancer and the Himalayan mountain system, ‘North India’ creates an immense geographical jigsaw of mountains, hills, forests and fertile land across the Indian Sub-continent. Criss-crossed by huge rivers that have their sources high in the snows and glaciers, alluvial flatlands cover an area of approximately one and half million square kilometres – about six times the size of the United Kingdom. The term ‘North India’ normally comprises several administrative states across this land from Jammu & Kashmir down to Gujarat, and from Rajasthan and Madhya Pradesh right across to West Bengal.

The climate varies dramatically. Summer temperatures can rise to 50°C along the tropic-line and plummet to well below freezing in winter through the Himalayan regions. In between these two brief extremes, each region unfolds nuances with every season – the monsoon rains bring a lushness and shades of green that have to be seen to be believed and with winter, the heat gives way to a gentle pleasantness. This variation allows each moment of year to unfold a different set of shades from nature’s palette. 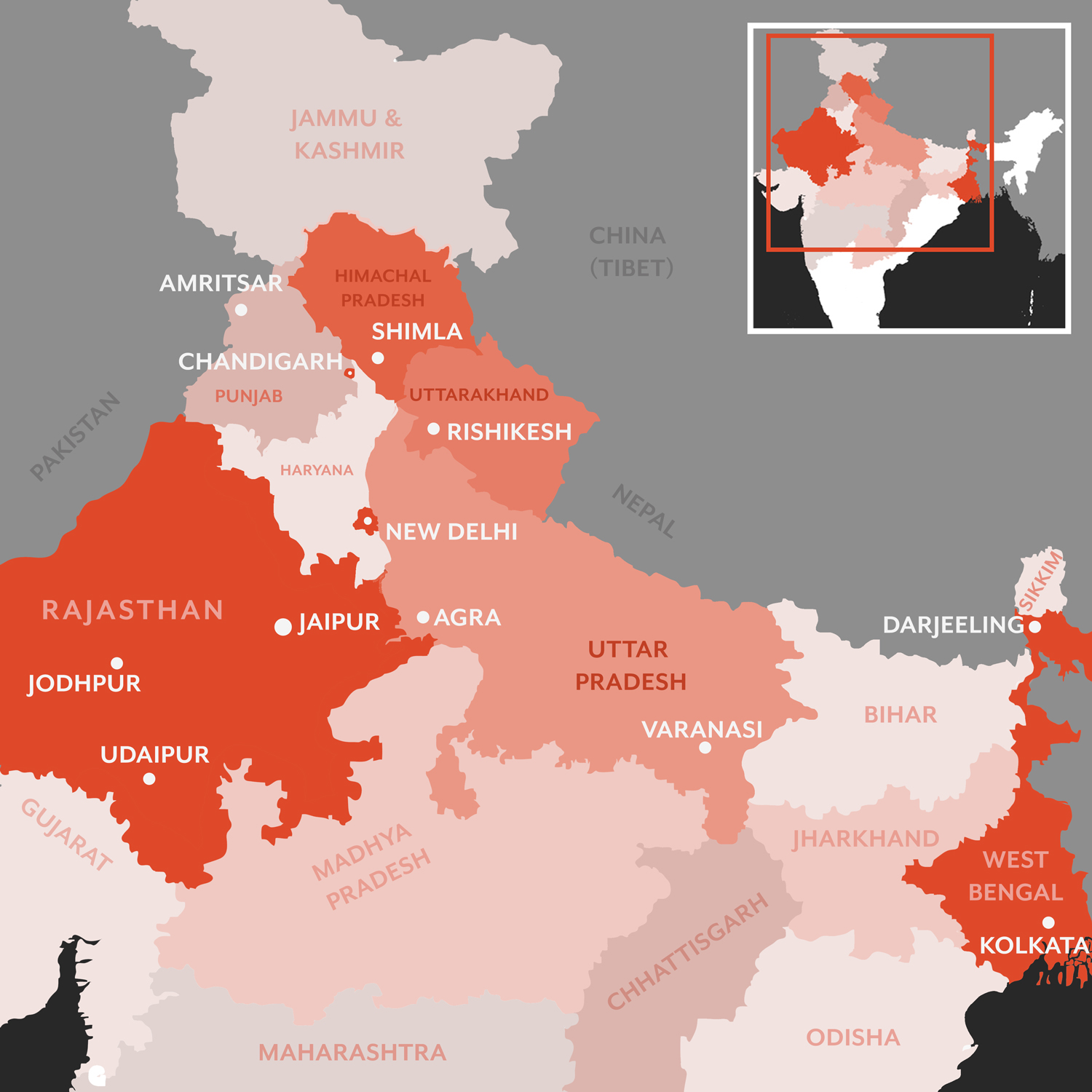 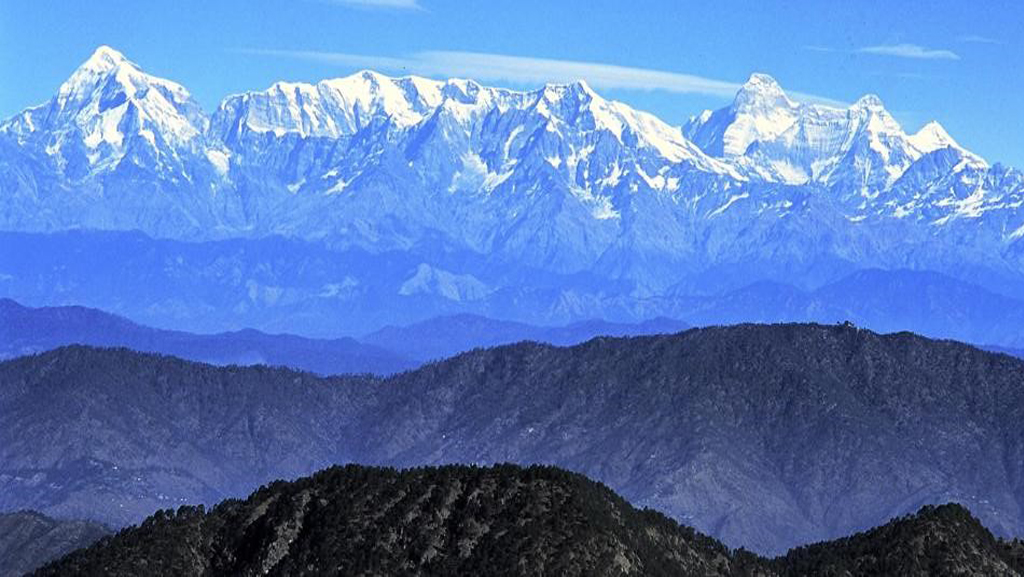 Here, well over half of India’s total population of 1.3 billion lives in cities or in remote villages where time, it seems, dropped away aeons ago. Here also lie the many enigmas and melange of numerous cultures, religions, languages and races that give India its unique character and make it an unforgettable travel experience. High speed highways slice through farmlands and bridge immense rivers. Often carrying hi-tech industrial produce, bullock-carts lumber alongside train lines. Archaeological excavations have revealed a wide-spread civilisation that dates back some five thousand years – complete with towns, elaborate drainage and water systems and granaries. The phrase that ‘India is the world’s oldest unbroken civilisation’ finds expression here, and a turn of the head or a bend in the highway, can reveal a rare facet.

The city of Varanasi (Benares) is considered to be the oldest continuously inhabited human settlement in the world, whilst a few hundred kilometres and yet a world away, is also finely-structured Chandigarh – a creation of the high-priest of modernist architecture, Le Corbusier and a showpiece for independent India. Placed between these two is Delhi – a multilayered city that has been built, destroyed and rebuilt numerous times. The capital of colonial India and today’s national capital, New Delhi was largely built under the watchful eye of the brilliant Edwin Lutyens. Delhi today is a progressive, vibrant and amazing city – successfully bringing together the “old” and the “new” with its enriched culture and heritage.

Two passes, the Khyber and the Bolan, that border today’s Pakistan and Afghanistan, hold the key to much of North India’s history. Drawn by fabulous wealth, it was through these passes that numerous invaders, including Alexander the Great, came down and swept across the plains. One, Mahmud of Ghazni, at the dawn of the last millennium, invaded North-western India seventeen times and carried off caravan loads of jewels and other treasures. Not all invaders went back, and some made India their home. Of the ones that settled, the Mughals, (Persian word for ‘Mongols’) who originated in central Asia and ruled North and central India for 300 years are perhaps the best example. The first Emperor of the Mughal Empire, Babur (1483 – 1530) was a descendent of two of the world’s greatest warriors, Genghis Khan and Tamerlane. His descendents built iconic monuments like the famous Taj Mahal in Agra and the Red Fort in Delhi.

Of those that came by sea and moved overland, the influence of the British still remains with the cities of Delhi and Kolkata and old colonial towns like Shimla still boasting magnificent architecture of the times.

The variety of everything is staggering. There are over a dozen languages, several hundred dialects; varied racial groups; towns and cities with considerable character and assorted architecture; cultural streams that flow in from various parts of the world and merge to create something distinct. In more ways than one, North India is a remarkable and unforgettable travel destination – culturally super rich and experientially utterly vibrant. It is literally breathtaking. 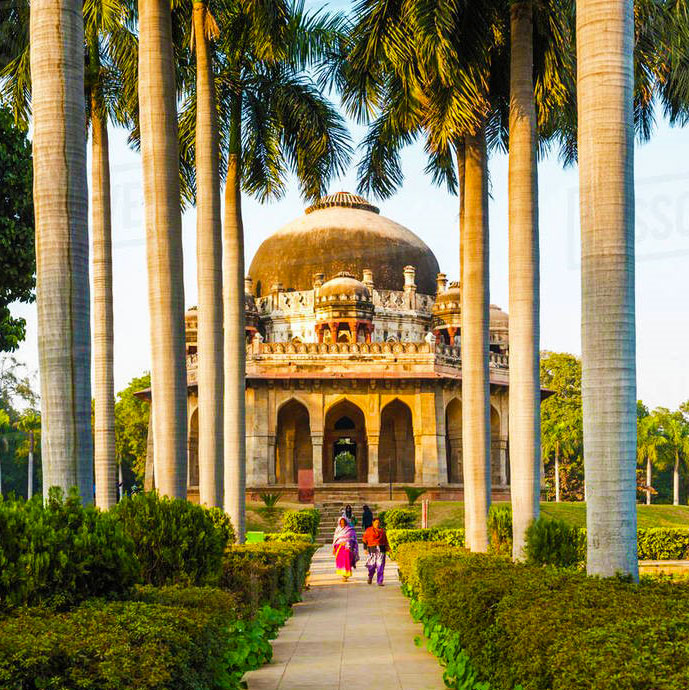 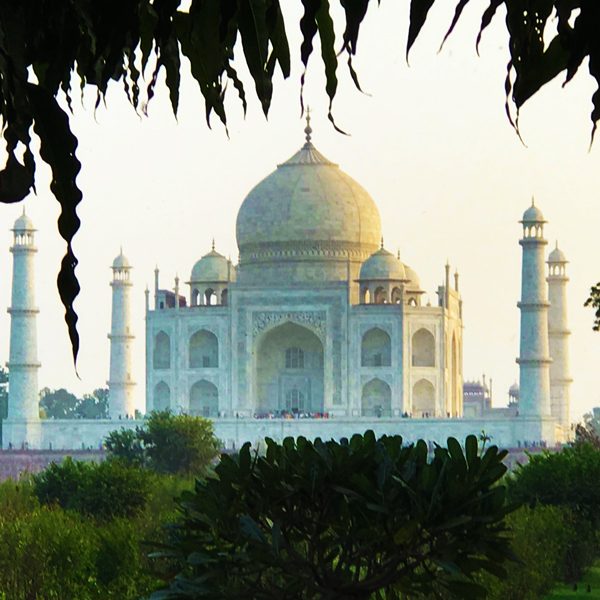 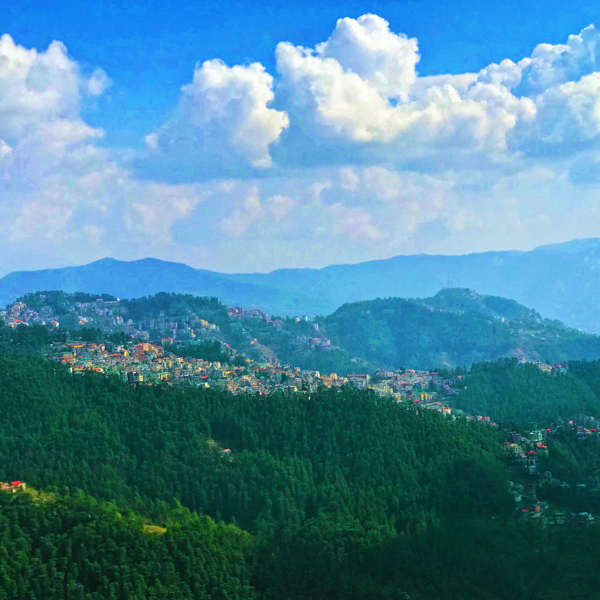 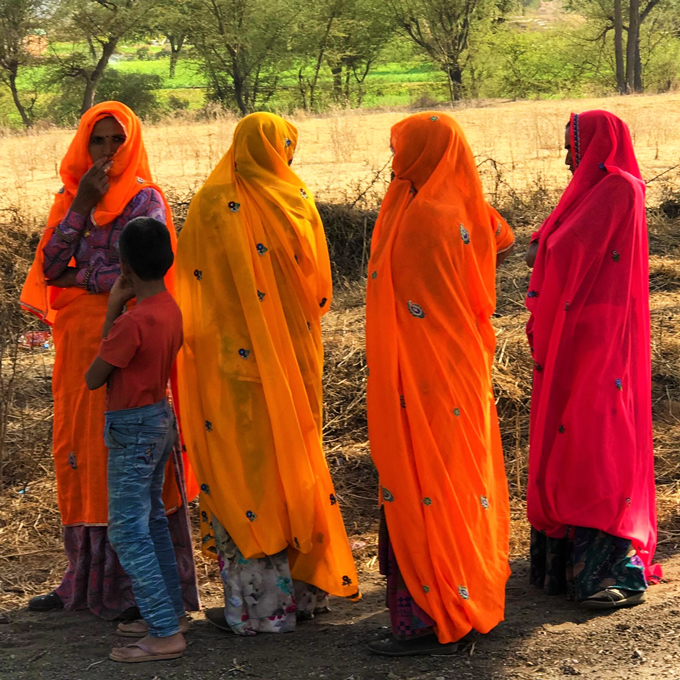