South India consists of the lower part of India’s  “V” shape, and includes the states of Karnataka, Tamil Nadu, and Kerala.  It comprises the Keralan Malabar coast on the west, the Tamil Nadu Coromandel coast on the east, and the Deccan plateau, which runs further north into Andhra Pradesh and Maharashtra.

South India is completely different to the north – culturally, historically and geographically. The people are delightfully engaging – friendly, easy, charming and generally “soft” in their approach. The best way we can describe it is to quote a client of ours after several trips there: ….

”South India is amazing – nothing, not even north India – prepares one for the” human” vibrancy of South India – it is home to the friendliest, warmest and most welcoming people I have ever encountered. They don’t hustle, they don’t ask….they offer – they offer their food, their homes, their enthusiasm, their hospitality, their generosity and their spirituality”.

The local people are of predominantly Dravidian origin and the best known empires over the centuries have included the Pallavas and Cholas in Tamil Nadu, the Marathas in the West, and the Vijayanagars in the southern Deccan. As you travel around, you will also see the influence of the British, French, Portuguese and even the Danes, especially along the coasts. 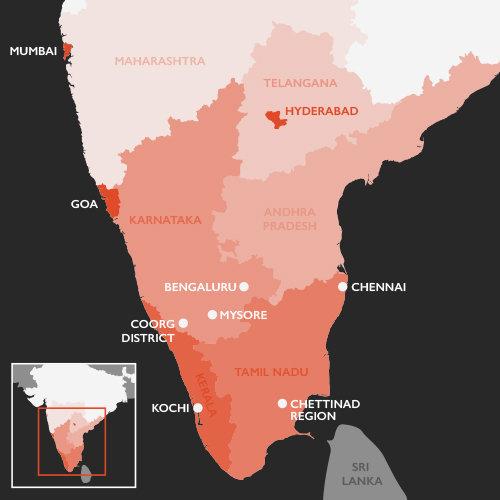 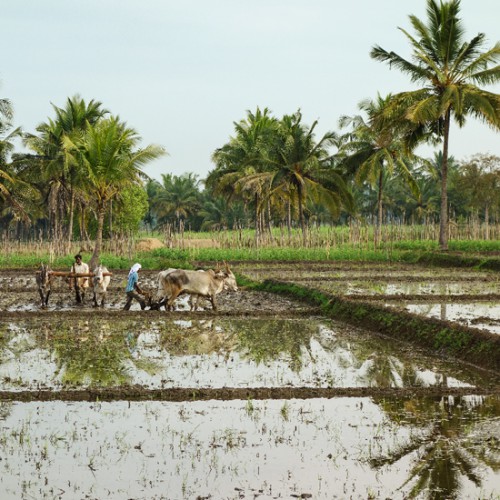 Agriculturally, a lot of the South is dominated by rice growing. The monsoons on the higher elevations of the Deccan Plateau and the Western Ghats create good conditions for growing spices, tea, and coffee. The mountain ranges of the Nilgiris, High Range and Anamallais, which run inland off the Western ghats, are home to the most beautiful tea plantations and their colonial heritage bungalows.

South India is predominantly Hindu but to the outsider, the various religions appear to live cheek by jowl – Christians, Catholics, Muslims, Hindus, and in Kochi – Jews. Joint places of worship, whose doors are open to all, are not uncommon.

Into the fabric of society are woven multifarious strands of “races” and tribes, languages and beliefs: whether it be the proud and handsome Kodavas from Coorg, the entrepreneurial trading Chettiars from Chettinad; or tribals such as the Todas or Kurumbas in the Nilgiris mountains; or French speaking Indians in Pondicherry. It is this apparent overlapping anthropology which makes South India so fascinating. Festivals are always noisy, vibrant, colourful and visceral and always open to strangers, regardless of their colour or creed. We have never been turned away or made to feel less than welcome if we have happened by.

The landscapes which this spectrum of people inhabit is as varied as the people themselves – the rural villages and farms with bullocks ploughing the fields, the impossible lime green of the tea estates, the aromatic coffee and spice plantations, the tranquil inland backwaters, the blue hues of cool mountains, the sunny golden beaches, the breathtaking mountain views and impossibly steep passes, and the scents of forests which offer the chance of seeing wild elephants – man’s most respected creature, as well as bison, deer, hundreds of different species of birds and – if you are very lucky – the elusive tiger.

Overlaid on all of this are the ever present reminders of India’s past – elaborate ancient Hindu temples and stunning stone carvings, old churches and charming colonial architecture, historical fort towns, and Maharajas’ palaces, standing proudly in the midst of modern cities or on an island in a wildlife reserve. South India today is modern, entrepreneurial, vibrant and forward looking, but it has an unmatched depth and soul.

All this makes South India utterly beguiling, inspiring and humbling to explore. But most of all, its people touch your heart. 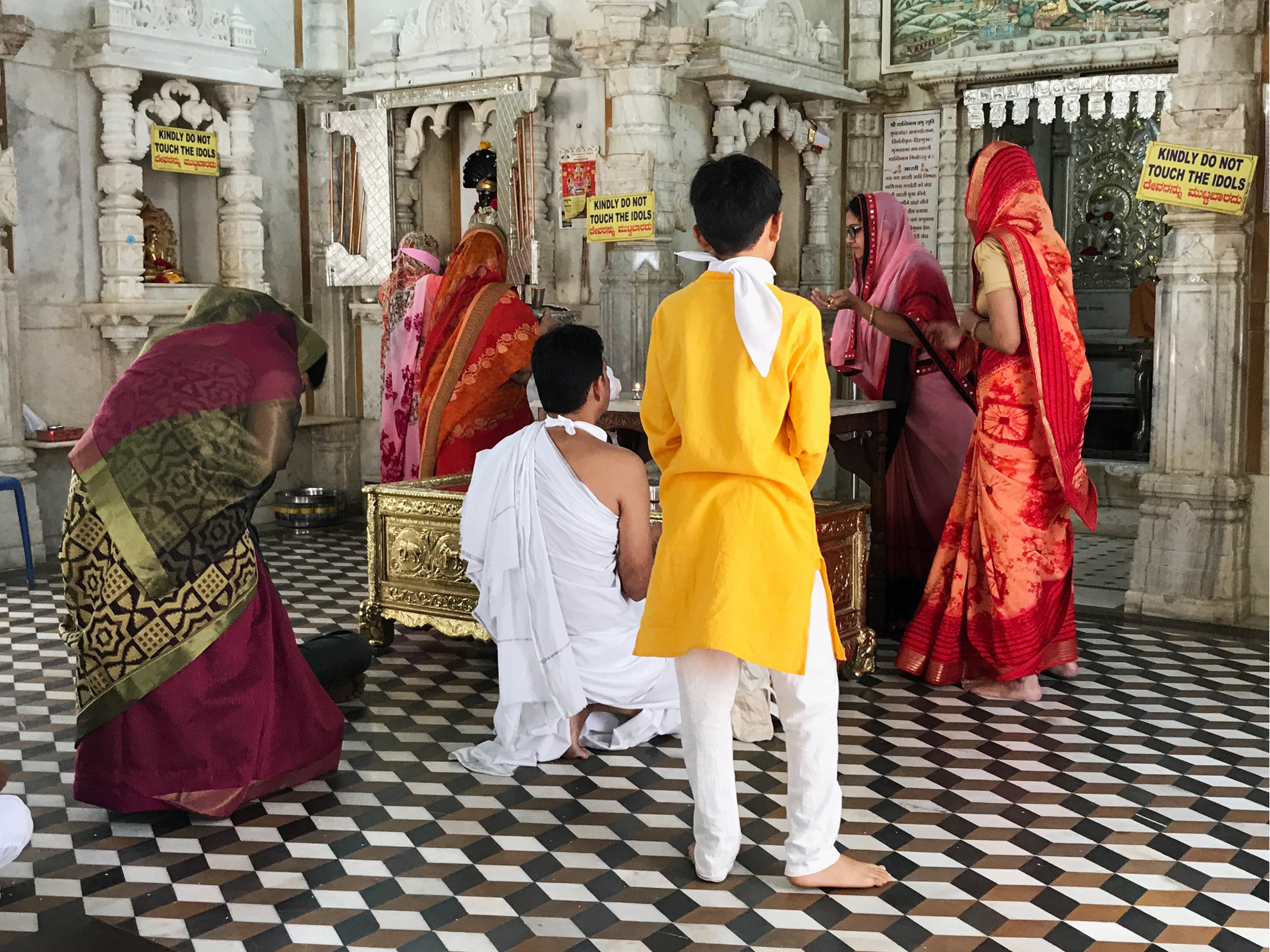 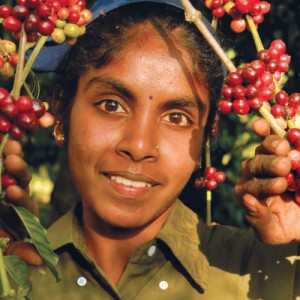 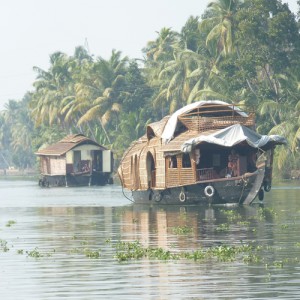 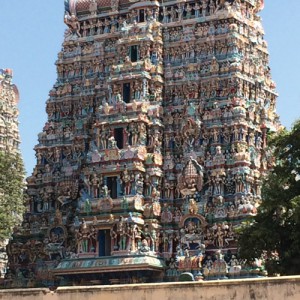 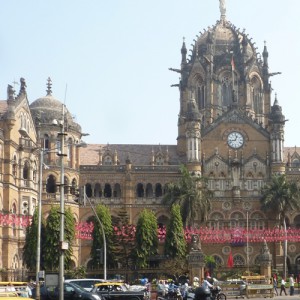 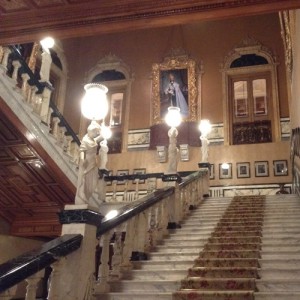